Caring for my Mother and being HSP 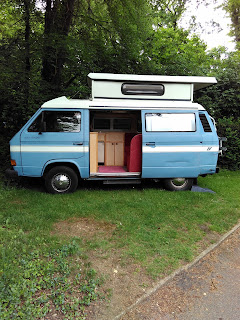 Back in the 1970s, when I was doing grad work at Uni, I used to go along to the Psychology Dept and earn myself 5 quid an hour by taking part in their experiments.  That was quite a bit of money in those days (and none of the experiments involved taking drugs).  One time I was asked to sit in a small auditorium facing a film screen, while I was wired up to some measuring devices, which measured my galvanic responses and eye blink rate. They then proceeded to subject me to totally boring stimuli in order (they told me afterwards) to measure how long it would take me to stop reacting.  This was the purpose of the experiment – to get a normal distribution curve for the length of time people can remain focused and alert in the presence of uniform, boring stimuli.
The stimuli were a light shone through a slide projector, with no slide in it, onto the screen, and a beep sound. These were activated at random intervals, sometimes together, usually one after the other, with no pattern to them. Also the room was darkened, just to make sure there was nothing else for me to look at.  Once I had reached a state where I was nearly comatose, they then played some stimulating slides and sounds, and then started the whole thing again. This time it took me a shorter while to get to the point where I wasn’t reacting at all to the light and beep. When it was all over the 2 students who had set up the experiment were oddly annoyed with me. It turned out that this experiment usually only lasted around 30-40 minutes max. I was there for about 2 and a half hours. I was there for so long that someone walked into the room where the experiment was taking place, expecting to find it unused, as it had only been booked for one hour.  Which aroused me so they had to start all over again. They were unhappy about it because they had to pay me for all that time, but my results were useless to them, because they were trying to find a normal distribution pattern, and I was clearly not normal.  When I asked them what this meant, they just shrugged and said it meant I had a highly reactive nature.
If they had been a little more curious, they might have been the ones who did the research that led to discovering, and writing about, Sensory Processing Sensitivity.  Instead, it was Elaine Aron in her book ‘The Highly Sensitive Person’ (1996).
https://en.wikipedia.org/wiki/Sensory_processing_sensitivity

I read this book back in the 90s, when it was quite new out, and found it immediately helped me understand all sorts of things about myself, and to look after myself. In particular it gave me permission to ‘close down’ when I need to, rather than just trying to keep struggling on when things become overwhelming for me.
SPS is a temperamental or personality trait characterized by an increased sensitivity of the central nervous system and a deeper cognitive processing of physical, social and emotional stimuli. It’s more often found in introverts, though apparently it’s not exclusive to them. It’s also associated with, but not synonymous with, high intuition and empathy. Basically, High Sensitives react more strongly to sensory input both from their physical environment, and also from human interactions, so they read body language, tone etc in greater detail (though not necessarily on a conscious level). It’s like we don’t have the same filters as normal people, (I’m using the word ‘normal’ as I can’t think of anything better to call it), hence my continued reaction, in the experiment, to stimuli that most people would have filtered out long before.

One effect of this is that I make a very good carer. My heightened ability to notice things, even subliminally, about my Mother, means that I am much more tuned in to her needs than many would be.  I’ve always tended to look after people for that reason. Apparently this is very common in High Sensitives, and they often end up in multiple caring roles where they take on so much that they burn out.  Which I have also done in the past.

My challenge in my present situation is to take care of myself. My ability to take care of Mother is something I utterly take for granted, but my ability to look after myself is moot, to say the least.  I hope that all the years of slowly piecing together some level of self-understanding – of which Elaine Aron’s book is a key part – mean that I can be aware enough of my own needs in this situation to be able to meet them.
Mainly what I regularly need is to be able to go off and be quiet and alone for periods during the day. This becomes especially necessary when family members come to stay. Whilst being hugely enjoyable to have them there, the constant talk just drains me.  When I think back to my childhood I recall how often I would just go to my room and read a book, or play some solitary game, when I needed a break from all the noise of brothers.  I just knew what I needed back then, but of course, going off on one’s own is regarded as bad manners or strange, so as I grew to adulthood I found this behaviour tended to be overridden by the need to do what others wanted of me, so I learned to ignore my need for quiet.
Actually, all this makes me pretty well suited to what I am doing now.  I’m used to entertaining myself, I’m living a quite solitary life within this household with my Mother.  Most people just wouldn’t be able to do it, and of course there are times when I feel I can’t do it anymore.  But if anyone can, it’s me.

Earlier this year a new Meet-up Group was started in my village for HSPs (Highly Sensitive People). I’m not a group person, but HSPs rarely are, so I felt most people who went to the group would be like that too.  Which I felt would make for an interesting and congenial group and it was just down the road from me. So I started to attend.
It’s pretty good.  I like the facilitator and listening to the others has helped to remind me of the HS aspect of my nature and how I need to look after myself in relation to it.
In the group, there’s been a lot of focus on noise, because some members have noisy workplaces, and one has a HS child who has difficulty at school because schools simply do not have silence or quiet ever these days.  And noise is so intrusive and hard to get away from.

As a result of this I realized there is a big problem I have been trying to ignore and filter out, rather than actually address, and this is the issue of Mother playing loud music all through the day. Or loud TV.  Really, it’s so loud even non HSs struggle.  I have noticed that I no longer seem able to do any creative work, writing, art, SL choreography, during the day, and I had connected it with the over-loud music, which has become so much worse in the last year or so as Mother’s hearing has seemed to deteriorate rapidly.    As soon as the music starts I feel as if the inside of my head fills with glue, like a piece of clockwork that’s had too-thick oil put on it.  I’ve described this in a previous post, but had not really focussed on what a problem it is for me.
After my first meeting I did start to think this through and realize it's an issue
I need to do something about.  Mother agreed to go for a hearing test, and was found to have hearing impairment that was typical for her age, but when we talked through what Mum actually wants to do about it, she said she was quite happy with herself as she is, it’s just other people who find it difficult.  I had misgivings about how fiddly hearing aids are, as I was envisaging myself having to help her with them all the time, which I just don’t fancy. I have enough to do.  So, I decided it was really my problem, not Mother’s, and therefore it was up to me to do whatever I needed about it.

The long and the short of it (HSs love to tell convoluted tales detailing why they arrived at a conclusion) is that I have used a small legacy inherited from an aunt, and bought myself an old camper van, a 1988 VW Transporter, which now sits in the front garden, with an electric cable from the garage, and I go in there with my computer or my book, and I enjoy blessed peace for an hour or so. Not only is it quiet, but I am semi outdoors, even when it’s raining, and that is utter bliss.  So far I have no plans to take it camping, but no doubt I will.  And it’s a useful spare bedroom when lots of family come to stay.
I was going to call her Rose, coz I like that name and she has rose-coloured upholstery inside. But then I found an elephant key ring on the keys I got with it, and was reminded of an old banger of a car we had when I was a kid, called Nellie (as in Nellie the Elephant) . So I decided to call her Nellie Rose.
I’m actually in love.
Poop poop!