Caring for my mother: “Get off your cross, we need the wood.” 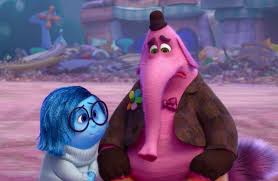 I know some of the posts I write about caring for my mother are a little depressing.  I write those things because I know I am not the only person in the world caring for someone and having the same ambivalent mixture of love and depression at their situation. There’s no getting away from it – it’s depressing seeing someone slowly fade away like this, and it’s depressing being tied to them. It’s difficult for anyone to be so dependent on others for their most basic needs, and it’s hard having to be the carer, fitting one’s own life around the routine of someone else’s physical needs in such a way.  And it’s made worse by not having any end-date to the whole process.

I’m lucky that my mother doesn’t take out her own frustrations at her dependency on me – I’ve had that done to me by a disabled partner, who just basically abused me because of the sheer frustration of being disabled. Maybe the fact that Mother has so little energy, and therefore doesn’t really want to do much, makes it all less frustrating for her.  I’m the one who gets frustrated - when I am interrupted in something to go and help Mum to the commode, or have to constantly think about the time, when I’m away from the house.  That heavy sense of feeling trapped when the first thing I have to do on waking in the morning is to go and help Mother to the commode, even before I have a cup of tea. I try not to get ratty with her about that, but sometimes it does slip out.

But I hope that by sharing these things, there may be one or two others who are struggling in the same way, and who will feel less alone and less bad about themselves for their own feelings of desperation at this so-long process of being tied to someone who is waiting to die.

I’m aware, also, that there is a danger in my deep exploration of what my relationship with my mother has been about all my life.  We all have some issues with our parents, and most women have some conflict in their relationships with their mothers, and I am aware that for some who find themselves in this situation, those buried grudges can emerge in violence and ‘elder abuse’.

For myself, it’s good and helpful for me to dig up, root over and sift through all of that – to unbury the old grudges, to see where they come from and name them. Others would say I’m wallowing in the dark side.  But for me, it’s a way of finding the light.

Sometimes I feel it’s a detective story, finding what’s behind the mysterious silences, the not-sayings, the blind spots that point to things in the past that have been handed down the generations like one of those inside-out houses created by Rachel Whiteread, that tease you to find their true, right-side-out shape.  Over the past few weeks my search has led me to some startling revelations, but I’m not ready to write about that here yet.

What I want to say is a response to someone who follows my blog, and who communicated with me by IM that she thought I was playing the martyr in what I wrote.  Her words were “Get off your cross, we need the wood.” A curious expression I’d not heard before. She also pointed out that I was not the only one who had problems.  As I know she does indeed have her own problems, I preferred to wait until I’d found the appropriate response for her.

Because all we can do is try to help each other.
So often we are told to stop feeling sorry for ourselves, or to keep a stiff upper lip, buck up and carry on.  In fact we do have to just carry on, but that doesn’t mean we can’t feel what we feel. We’re told all our lives that we are not allowed our feelings, because it’s upsetting to others. So we numb ourselves, and try to numb or discount others too.  Then when we see someone who is not prepared to do this, we get into competitive victim-playing. “You think you’ve got problems, well what about me?” As if there’s only room for one or two people to have problems, and we all have to prove our right to feel unhappy, or hurt, or traumatized.

And it’s so easy for me, as for many, to get hooked into this. I do feel I have no right to complain when there are others who are so much worse off than me. Part of the issue between me and my mother is a pattern of not being allowed to feel my own feelings, or to have my own perspective on things. Parents often think they own their children’s minds and souls, and deny them the space for their own life.  So also do teachers and others in authority over us.  So it was easy for that reader to upset me to by her remark.

But it’s not about whose problems are the worst.  Even though I am empathic, I still can’t actually feel another’s pain. Only they can feel that. And whatever pain I am feeling is not made any less by denying it, or my right to feel it. If I allow my own feelings, then I also have the capacity to allow another’s feelings too. It’s not that I wallow, I just allow space. And because I can feel comfortable with my own feelings, negative and crap though they may be at times, I can also feel comfortable with a friend who comes to me with her own problems.

This is not an original concept - it’s so general that it even made it into a cartoon movie called Inside Out. In this Sorrow keeps bursting into tears all the time and spoiling things for Joy, but it is she who gets them out of their impasse, when Joy, Fear and Anger just get them into worse problems, because Sorrow is able to just say “I know how you feel,” thereby allowing all the bad feelings to have their place and therefore step back a bit and let a different perspective come in.  I loved that film. So glad that children are being taught this basic piece of wisdom.

So - I repeat – this is the purpose of my blog. Not to wallow in my own misery, but to say to anyone else who’s out there, struggling with the same issues, “I know how you feel, and it’s alright for you to feel these things too.”

We all need to stop crucifying each other, and just carry the wood for as long as it needs to be carried – yes, feeling the pain it gives us – but still carrying it.